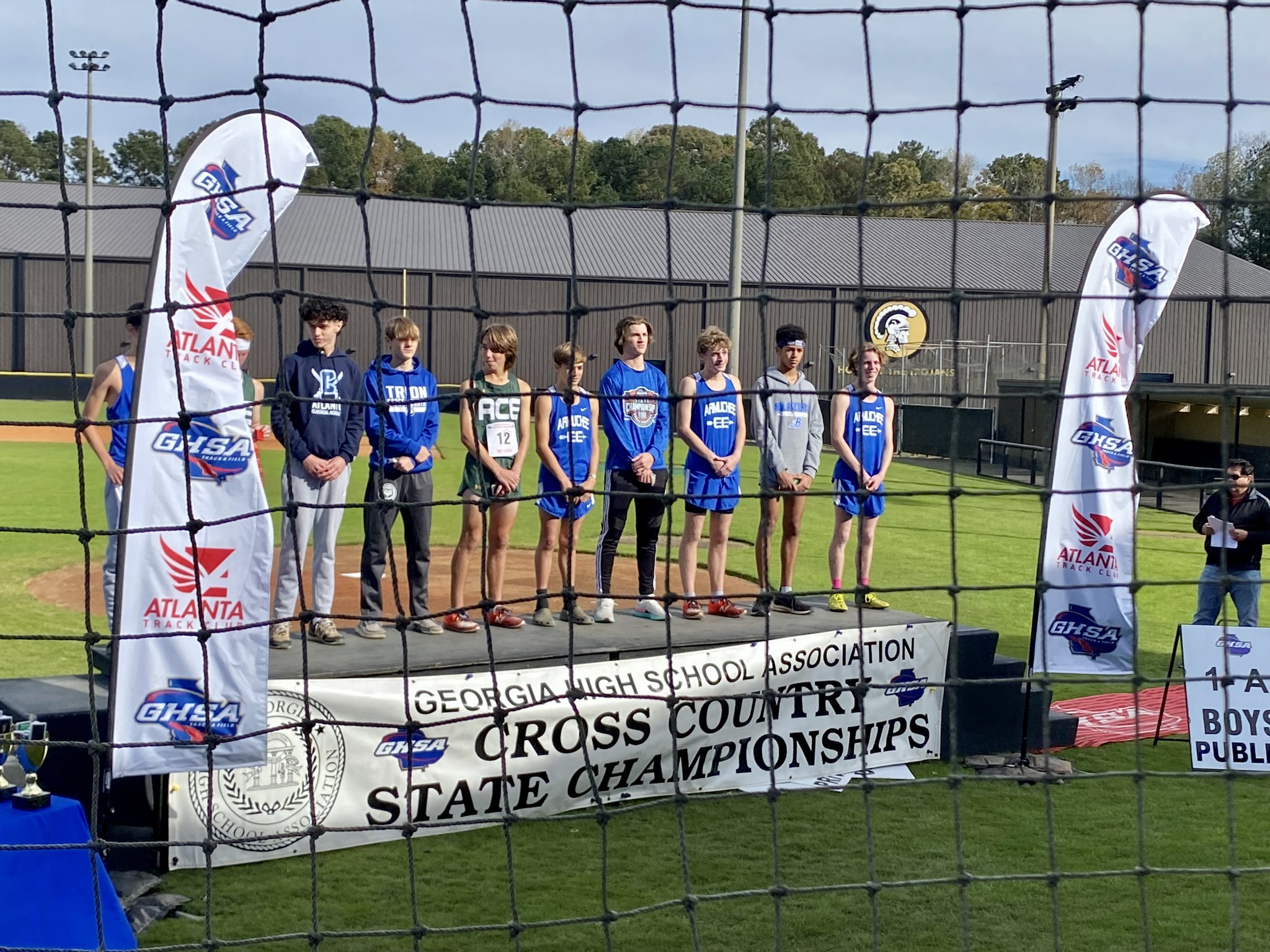 The Trion Bulldog Varsity Cross Country Teams travelled to the State Championship meet at Carrollton on Saturday, November 6, 2021. The weather conditions for the day provided one of the best running days for the team for the season. The rain that had come in earlier in the week did not leave the course in bad shape at all.

For the Region Single A Public races, the boys were up to the start line first. Cross country allows seven runners in the event with a sum of the fastest 5 runners by place in the event counting toward a total score. The other 2 runners would act as tie breakers in the 6th and 7th place. The seven runners running for the Bulldogs were Eli Hutchins, Carlos Hernandez, Colby McDade, Will Price, Carter Laughridge, David Mendez, and Julio Casteneda.

Eli Hutchins was off to a good start as he took a second place position early in this top field of runners. Eli held that position through the first of four hills located in the center of the course. Near the first mile marker, Eli had been overtaken by 1 runner, but was holding a good pace and not dropping off. At the central hill Eli held third on his way to the two mile mark. The other Bulldog runners were giving the maximum effort behind the lead pack. Somewhere around the two mile mark, Eli was passed by one more runner and bumped to fourth place. Continuing his hold on the pace that he had set, Eli Hutchins held the position on to a Fourth Place finish and a State Individual Fourth Place Medal with a time of 18:34.65.

The Trion Lady Bulldogs cross country team travelled to Carrollton on Saturday, November 6 to run in the State Cross Country Championships. The runners representing Trion as State Championship qualifiers were Alyssa Estes, Kimberly Ramirez, Briana Lathem, Allison Rivers, Addie Garrett, and Cindy Nolasco. The runners had a good weather day on the course. Each
ran with a lot of effort and determination. Several of the Lady Dogs ran through some various late-season muscle strains that made for a tougher day of running. After the run on the tough Carrollton course, the team went along with the boys team to ear the post season and race meal at The Lazy Donkey in Carrolton. This has been a tradition for cross country that started
with the second place state finish for the girls back in 2013. Armuchee won the State Championship again for the girls this year. The top two runners for the Armuchee girls finished first and second. 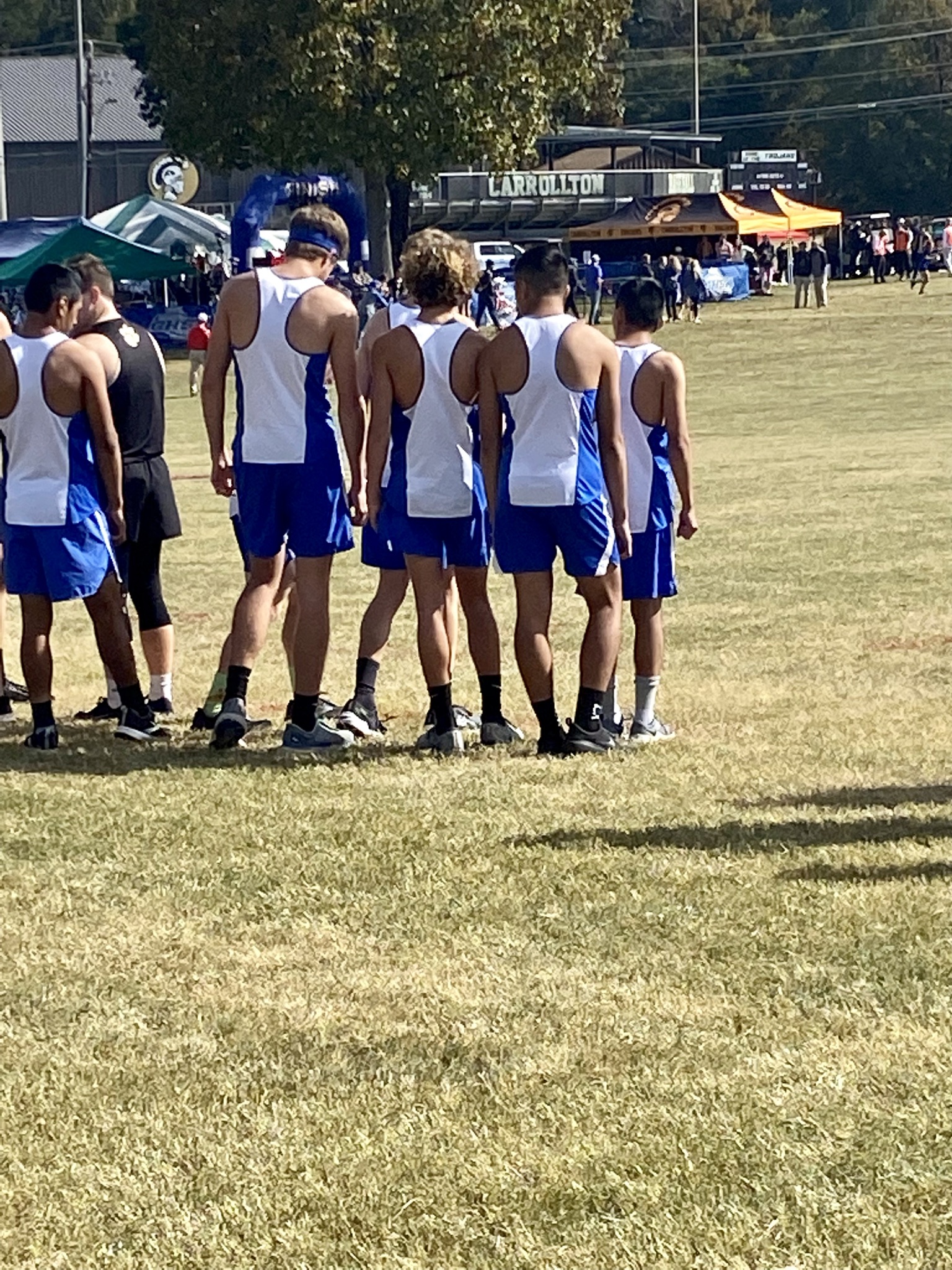 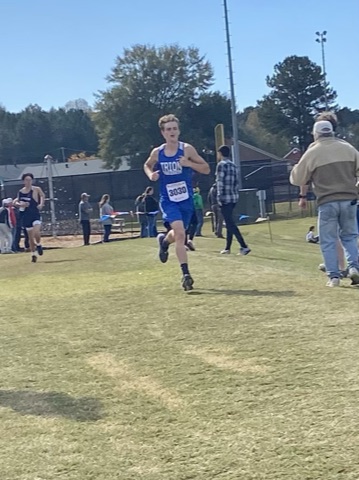 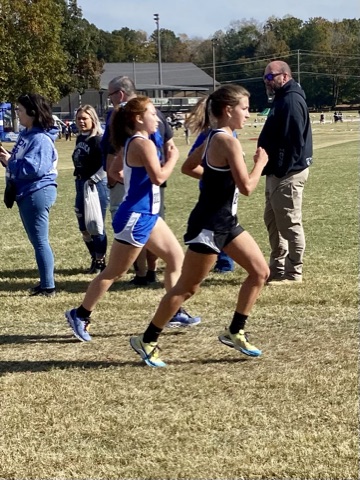 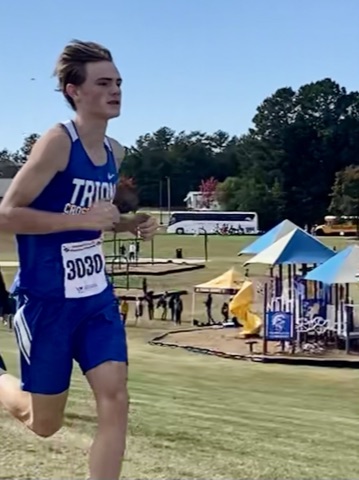 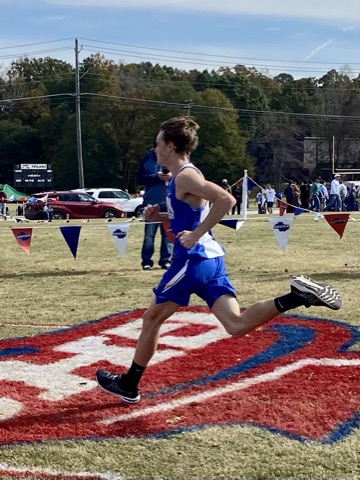 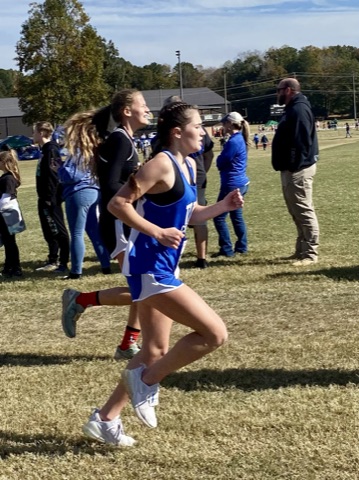 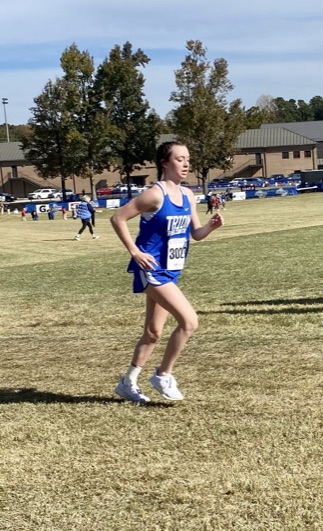 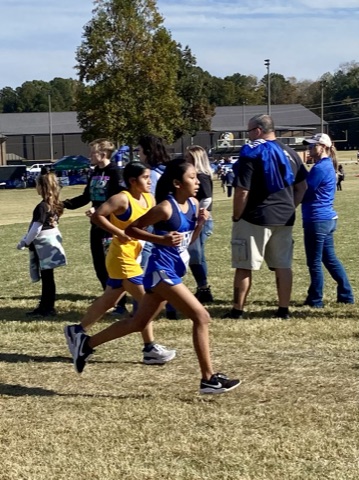 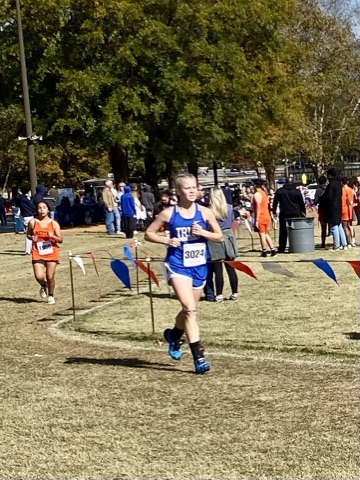 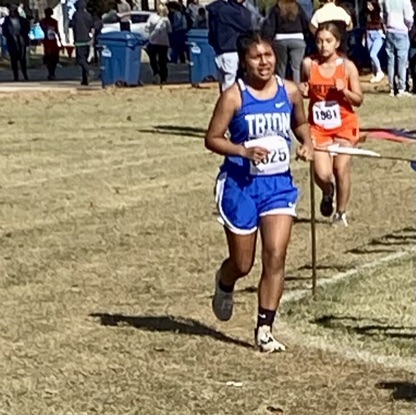 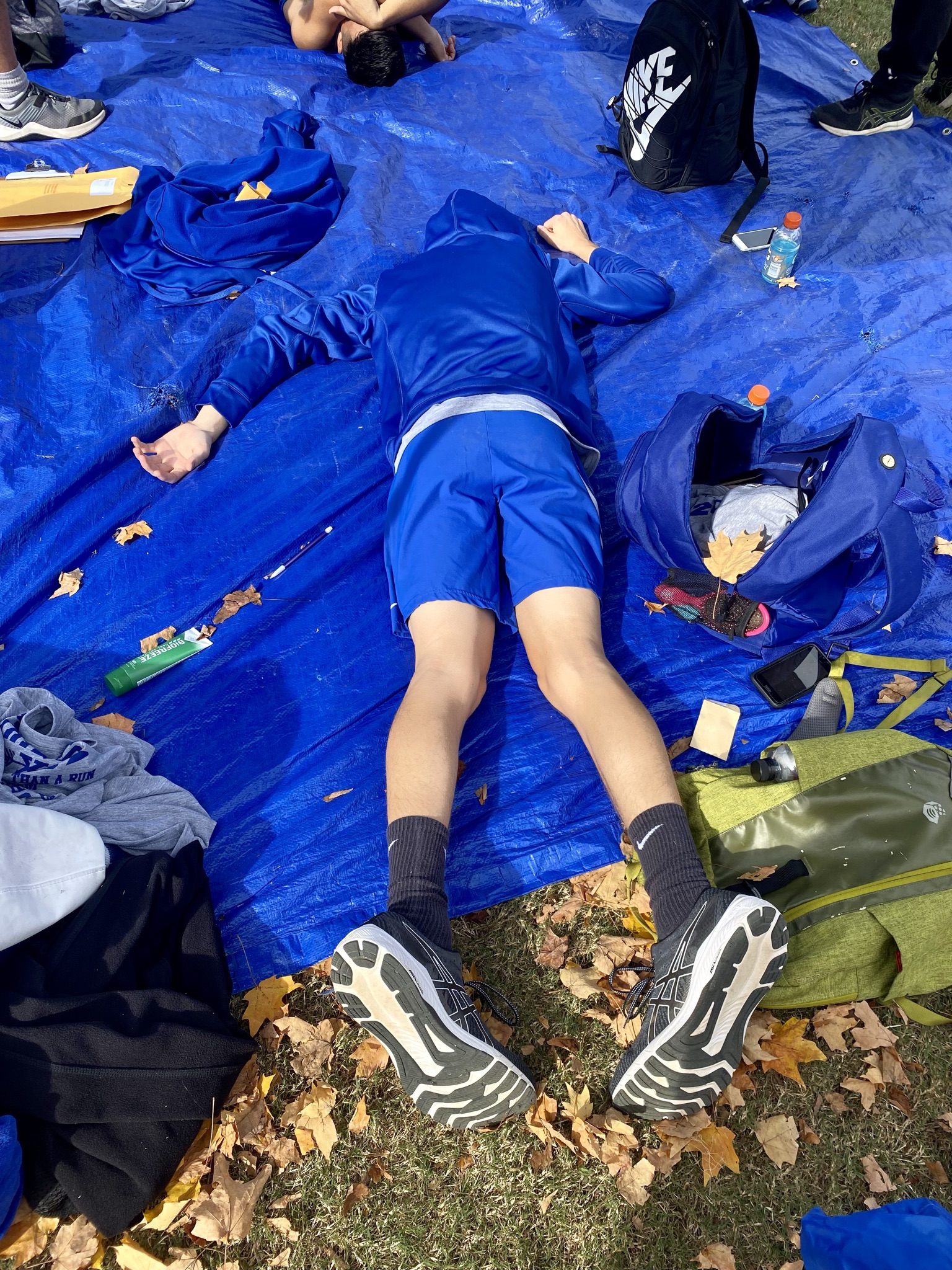 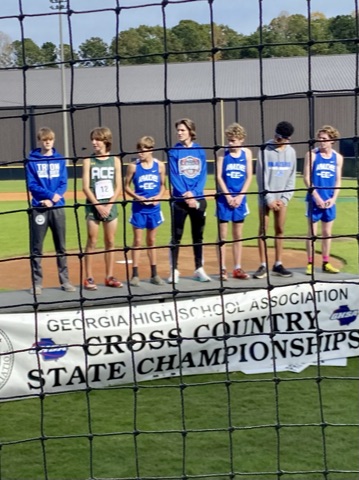 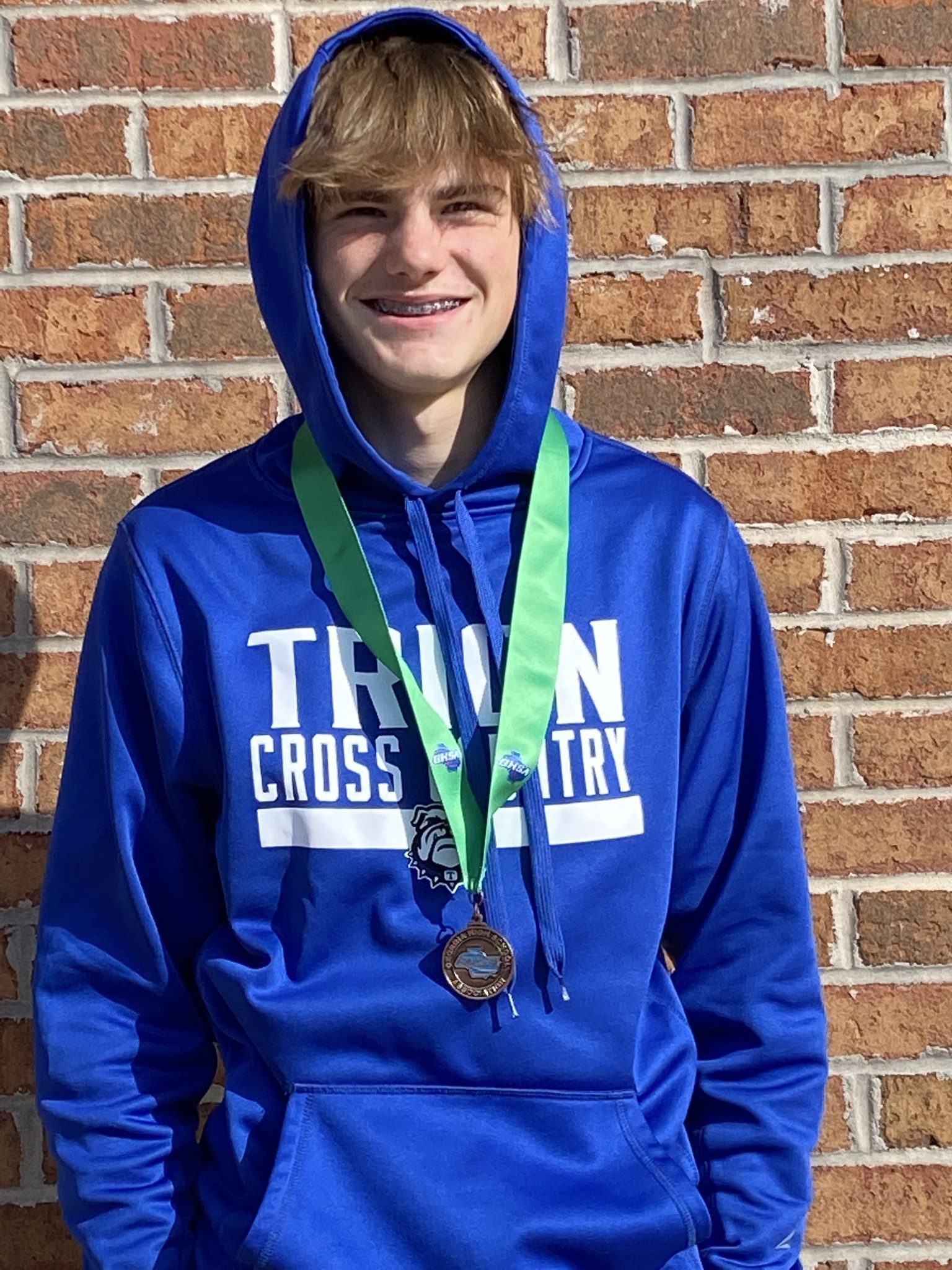